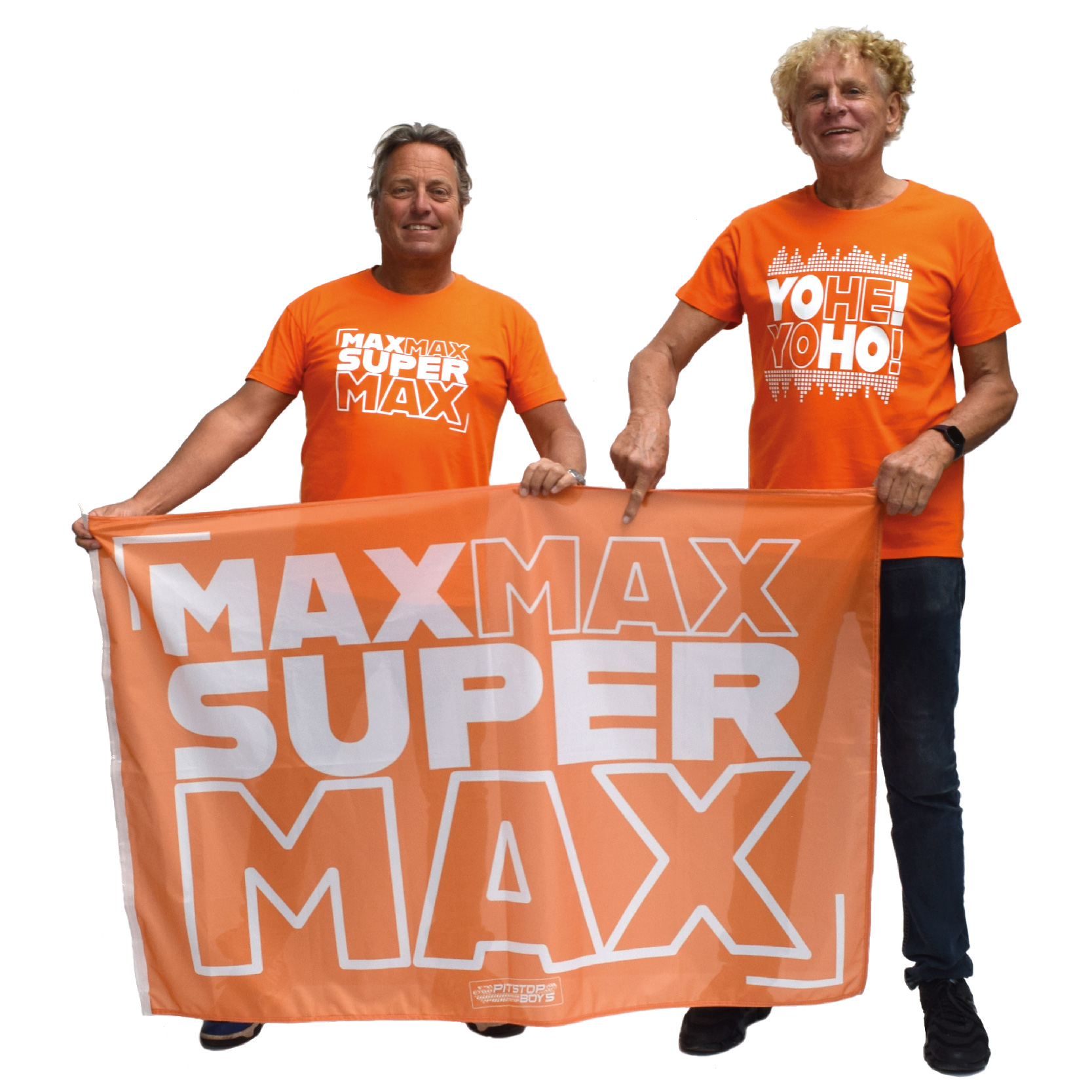 In 2016 Rob Toonen, Marco Mars and Jeroen Hilgenberg came up with the band ‘de Pitstopboys’. This after Max Verstappen’s first victory during Formula 1 in Barcelona. The song ‘Supermax!’ was conceived and made in collaboration with Niels Lingbeek. Niels has been making music for Rob & Marco for years and is a top producer.

A video was also made by Thijs van Reve, this clip was recorded at the Kartbaan in Oldenzaal. The views and streams went well but unfortunately it was not really a hit. Until Lando Norris shared the Video on Twitch during a battle with Max. Then the clip went viral. The views and streams on Youtube and Spotify in particular started to increase, culminating in the end of 2021 when Max became world champion.

Just before the decisive last race, the pitstopboys, now a duo because Marco has left the group, released a championship song ‘Supermax Yohé Yohó!’.